THE PATRON OF ASCOLI PICENO

Emidio was born in Treviri, Germany, in 273 from a wealthy heathen family. He converted to Christianity thanks to the influence of the Saints Nazario and Celso: he became catechumen, was christened and dedicated himself to studying the Scriptures. He then got in conflict with his family who tried to convince him to convert back to heathenism and decided to leave and go to Italy with his 3 friends Euplo, Germano and Valentino. As he got to Milan he received the consecration to priest.

Due to Diocleziano’s persecutions, he had to leave and find shelter in Rome at Graziano’s home. This is where he miraculously healed many sick people.

His reputation attracted the attention of Pope Marcellino who nominated Emidio, the Bishop of Ascoli and gave him the tough challenge to spread Christianity in the Piceno area (at that time almost completely pagan).

At that time Polimio was the prefect in Ascoli, very well known for his repressions against Christians; he ordered Emidio not to preach Christianity, order that was completely ignored.

During his time in Ascoli, Emidio dedicated himself to healing very sick people; this allowed him to convert a lot of them to the Christian religion. Polimio thought that he was the reincarnation of the God Esculapio so he asked Emidio to make sacrifices to the Gods and committed to let him marry his daughter Polisia. The Saint, not only refused, but he also converted Polisia to Christianity and christened her in the waters of the Tronto River.

Polimio made aware of what was happening, arrested Emidio and he ordered the death penalty for him.

The Bishop didn’t try to escape and was decapitated whilst Polisia, hunted by her father’s followers, escaped to the Mount Ascensione and disappeared into a creek. 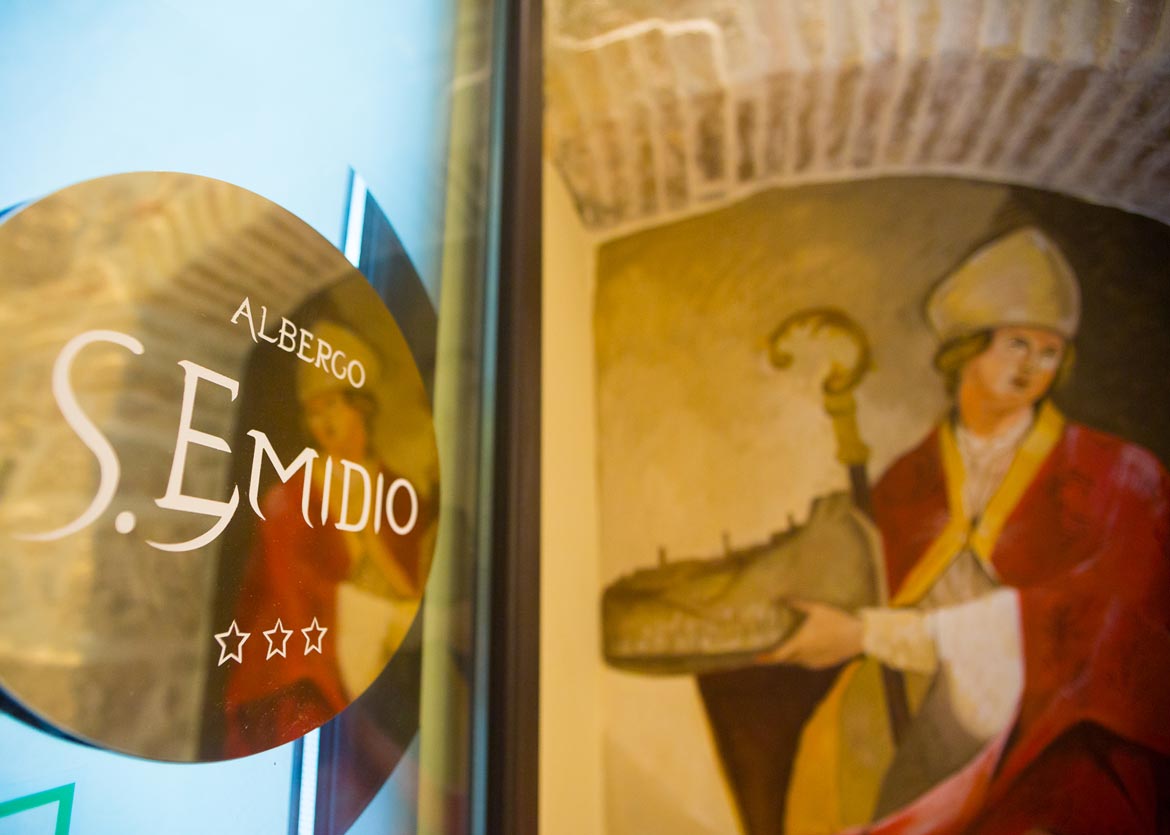 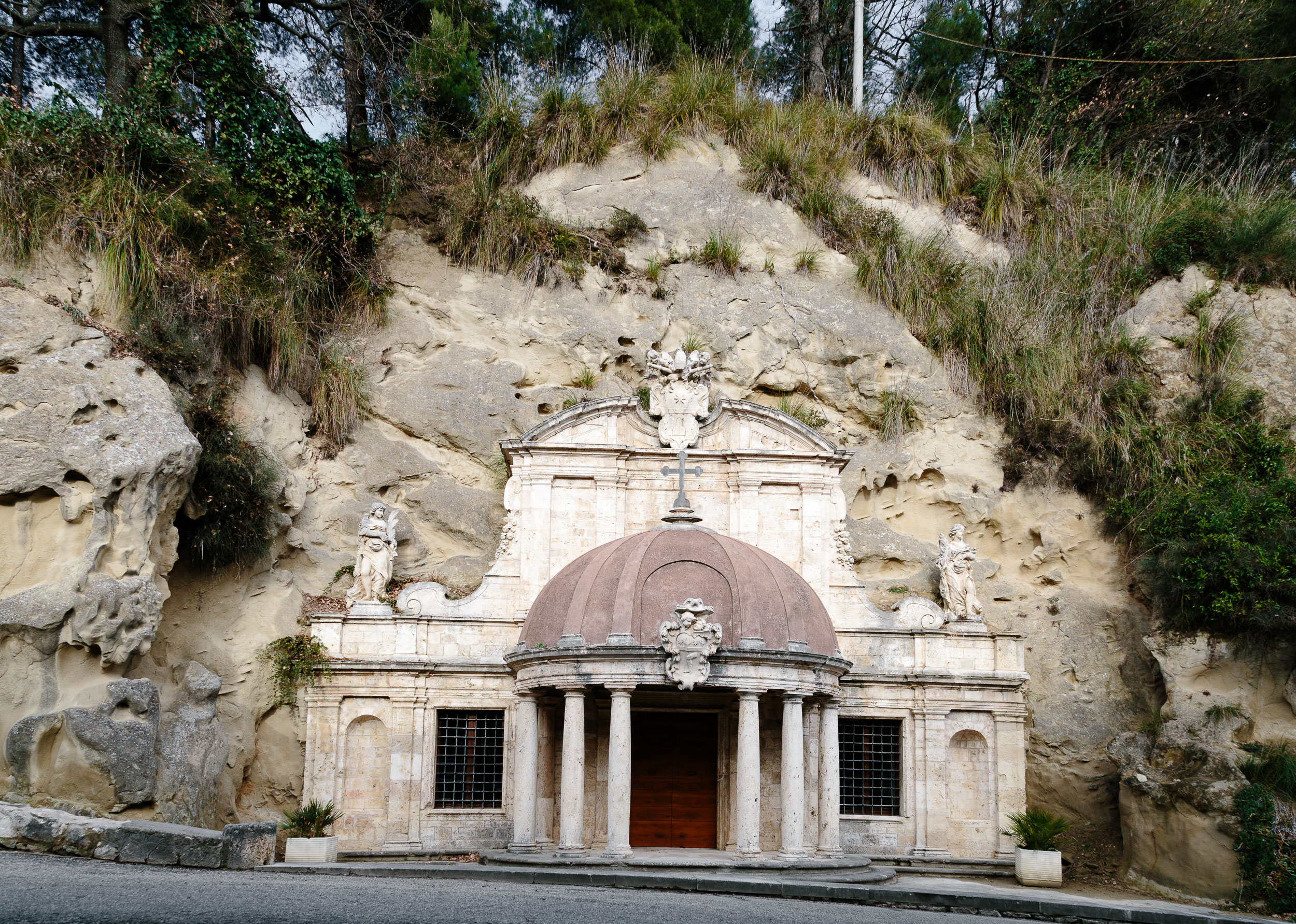 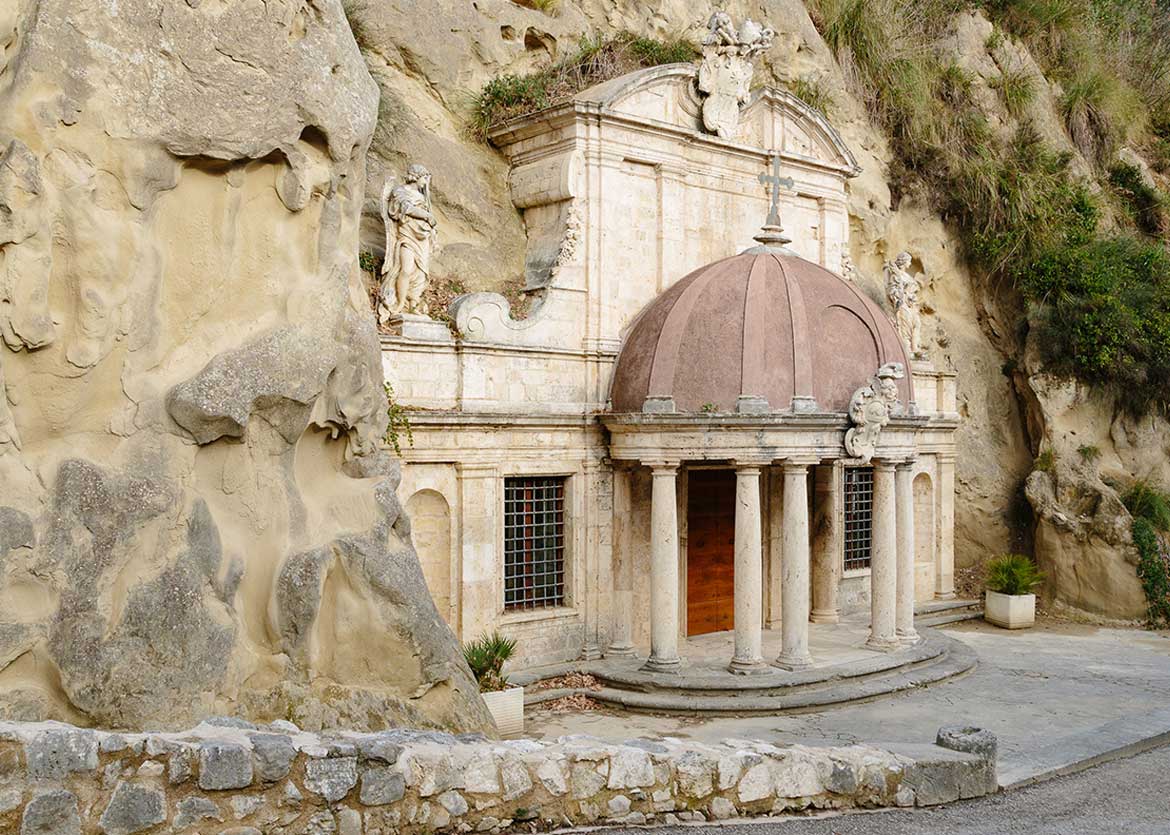